There's this woman named Karen who came into my life approximately two years ago when her husband and my running coach decided to meet up for a run. I ran 7 miles with her (during one of her 20 milers) and somehow, we got over our resting bitch faces and decided to run together again. Since then, she's not only become my best running buddy, but one of my real life best friends. We have bonded over running, our introvertedness, and our love of adventuring in the mountains. 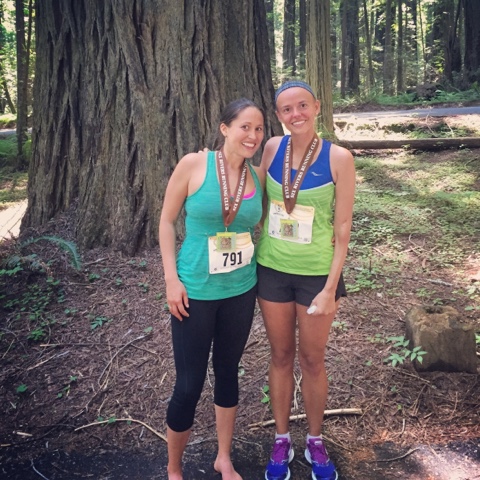 She used to live in Alaska and was itching to return. When she asked if I wanted to adventure, I immediately said yes please! We planned our trip (which basically was just, "Let's go to Alaska and play in the mountains") and somehow, August 2nd came around quickly and (after a cancelled flight and someone accusing us of fraud) we were in Alaska! 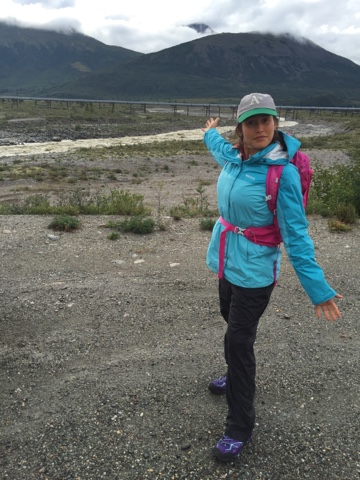 We met up with her friend from Utah who is also a blogger and we had a dreamy mountain climbing vacation for 10 days. 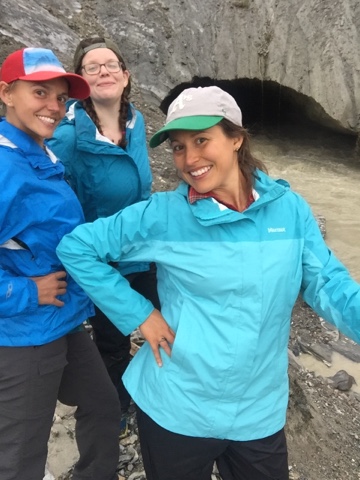 That's us doing the "blogger pose" in front of a glacier. The best part of the trip was how easy-going everyone was about the whole thing. Karen would ask if we wanted to do something or go somewhere and the answer was always yes. 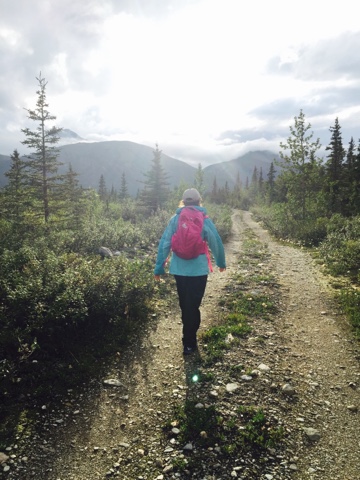 Our first adventure was an overnight car camping experience. It was pouring down rain, so we set up our tent and ate our dinner in the car. Most importantly, we drank cider. 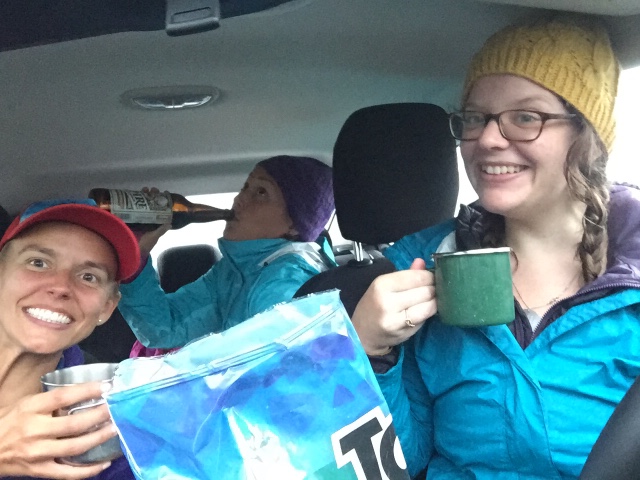 I couldn't get over the fact that it just didn't get dark. We were eating dinner at 10:00pm because it felt like 5pm. This picture was taken at 11:30, right before crawling into the tent to rest up for our hike to a glacier. 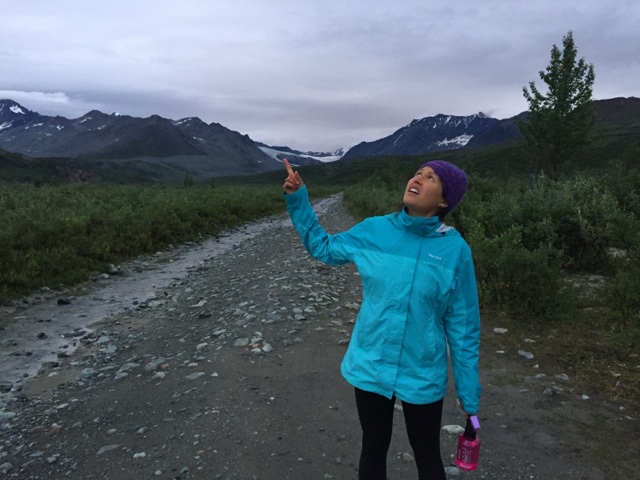 In the morning, we began our 7.5 mile round-trip trek to a glacier. On our way, we ran into a group of army men who were practicing wilderness survival skills and told us we were looking "delicious," which was little creepy, but I probably scared them away by saying I hadn't changed my underwear for three days. 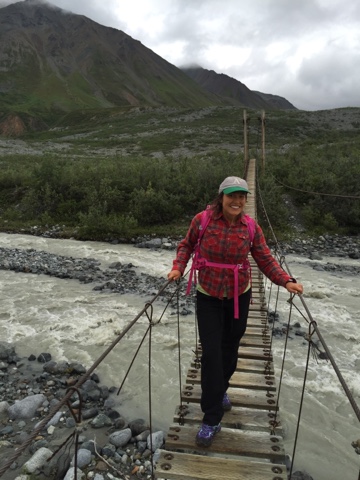 We played in the glacier cave and had lunch looking at the beautiful wilderness. 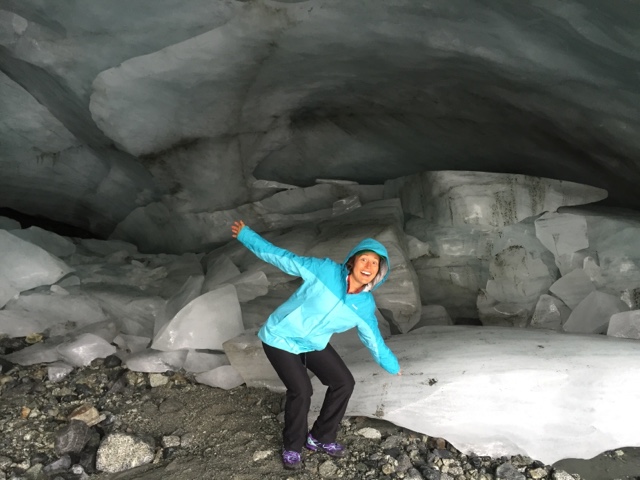 When we made it back to our camp, we packed up our backpacks and headed to our next adventure, driving down the Denali highway. 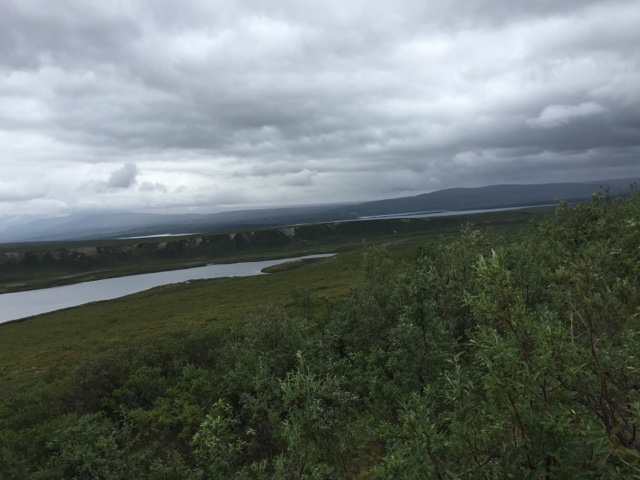 We ended up at some random lodge in the middle of nowhere where and Alaskan Ron Jeremy took pity on us and gave us free brownies after we ordered coffee and hot chocolate.  He really did look exactly like Ron Jeremy, except we are 100% certain that he had never left his little corner of Alaska.  He told us a story about a woman who had come in the day before and asked for a mocha.  He had never heard of such a thing... 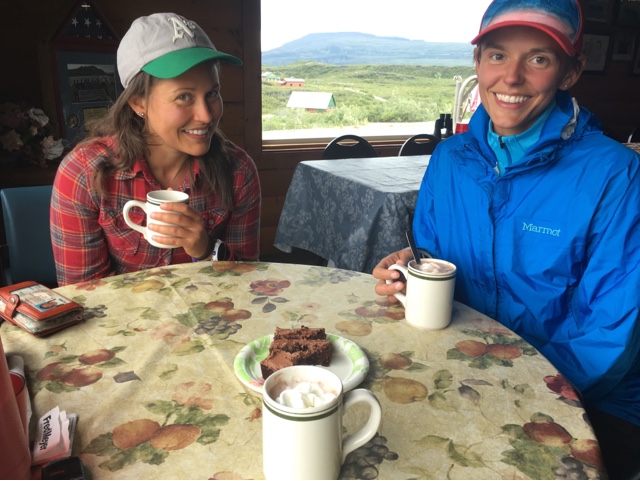 We overheard someone talking about picking blueberries on the side of the highway, so we decided to do the same. We spent an hour picking wild blueberries and ended up with about three gallons. 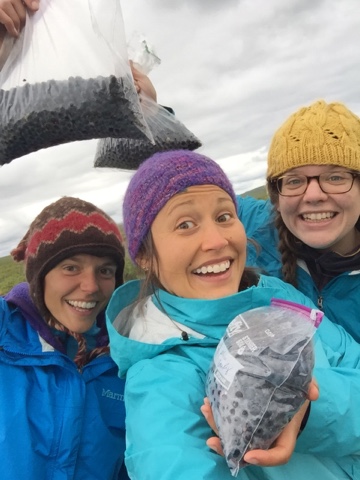 Then it was off to experience true Alaska backpacking. Most of the hiking in Alaska is route finding, which means there's no designated trail to your destination.  As a California girl who has had it hammered into her head over and over again to never leave the trail, it was hard to wrap my head around that in Alaska, it's basically choose your own adventure. And we definitely chose an adventure. 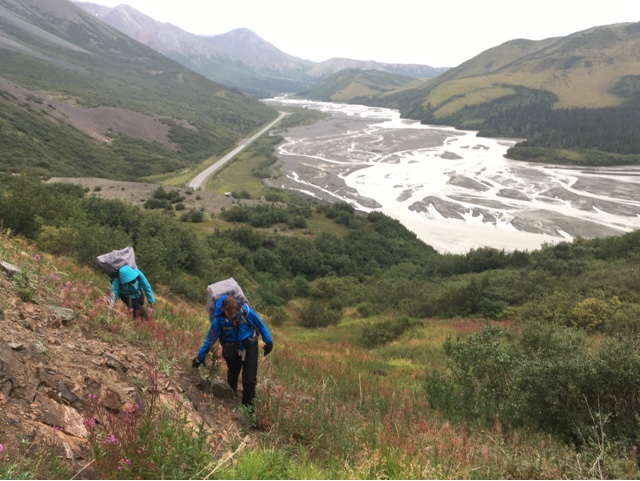 
It took us over an hour to climb a mile up the side of a mountain. We bushwhacked, scrambled, and prayed we wouldn't fall. But it was all completely worth it. 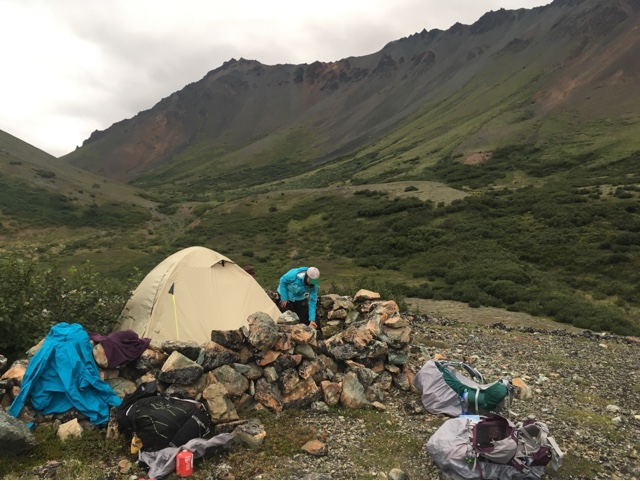 The next morning, after a night full of rain, we decided to go back down and head to Fairbanks to dry out. But that meant going down. And going down meant repelling using only the branches of Alder trees. 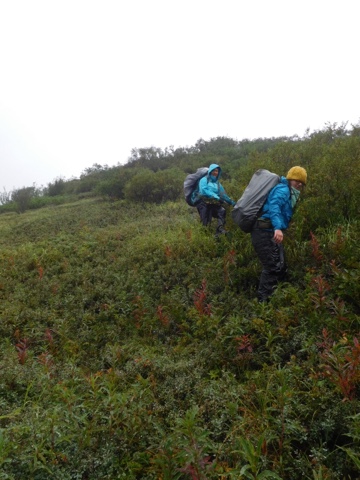 (Thank you Karen for capturing the pure terror on my face.)

We definitely slipped our way down the mountain. 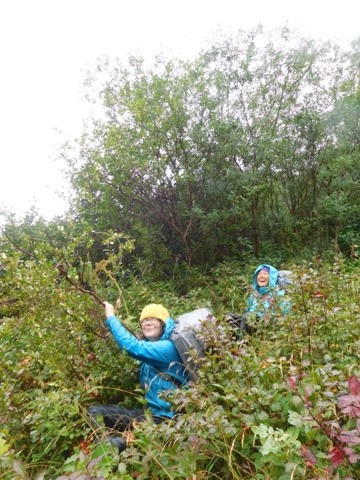 But we made it. A little wet, a little shaken, but alive. 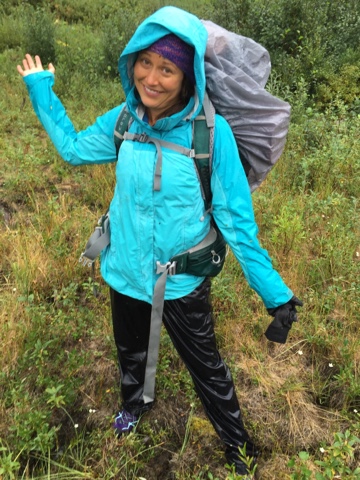 Back in Fairbanks, we stayed with one of Karen's running friends who graciously offered her shower, her washing machine, and her beds to us. After sleeping on the ground for three nights, the bed felt like heaven. Karen took me to her old running route and we ran for the first time in four days and then soaked in the nice warm river. 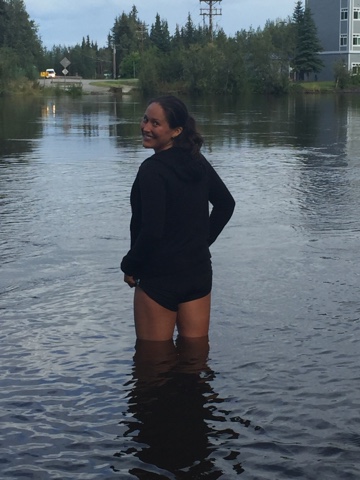 We then got Thai food and rested up, because we were running a half marathon the next day. I'll end this already too long post here, but spoiler alert, we both placed in our age group with an incredibly slow time. I need to move to Alaska. 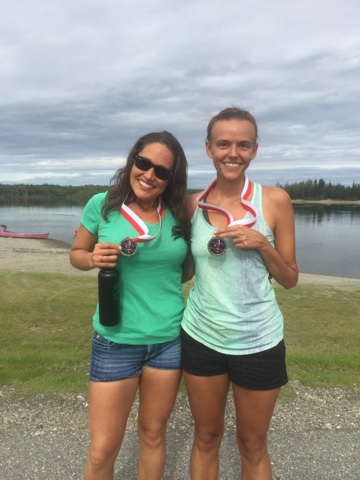